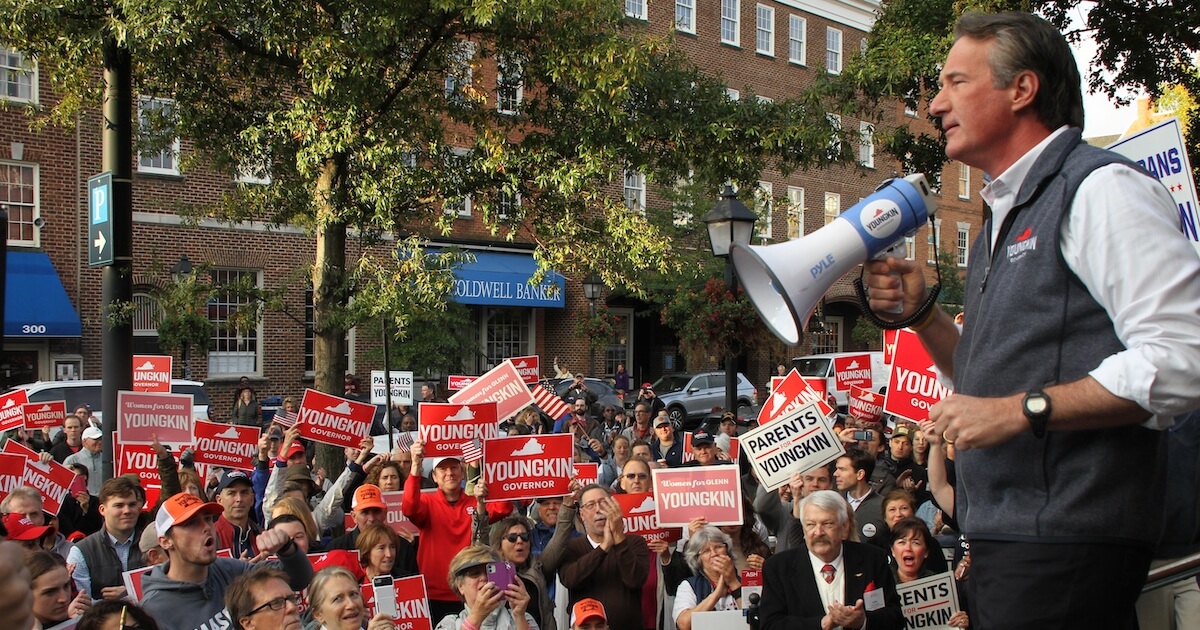 Virginians elected Republican Glenn Youngkin as their next governor in November ending a decade-long losing streak for the GOP in the Commonwealth. New research from the Center for Campaign Innovation conducted by Public Opinion Strategies sheds light on the effects of paid media in the race.

The research consists of two surveys of 800 voters. One was conducted in September and the second was conducted in November after Election Day. It gives us an unique snapshot into how paid TV, digital, and radio advertising affected voters’ opinions of the candidates and their support on a ballot test.

Television Advertising Remains The Leader In Terms of Reach

By Election Day, 90% of respondents recalled seeing TV ads from both candidates compared to 57% for digital ads and 53% for Youngkin and 52% for McAuliffe on radio. The dominance of TV advertising comes at a steep price relative to radio and digital.

Combined across both campaigns, more than $55 million were spent on broadcast and cable TV advertising. The campaigns spent $3,450,055 on Facebook advertising and $2,443,405 on radio advertising.

The efficiency from spending on both digital and radio is significant, but reaching voters remains a challenge that, for now, is best achieved by TV.

The first survey was fielded during a time when the Youngkin campaign was advertising on radio but the McAuliffe campaign was not. This offers us a rare, live A/B test. The results suggest that Youngkin’s early radio investment was a key component of closing McAuliffe’s early lead.

Voters who recalled hearing Youngkin radio ads had a 22-point more favorable image and were 13 points more likely to vote for him. This lift was more than TV and digital combined and suggests McAuliffe’s absence from the radio airwaves provided Youngkin a blank canvas.

Combined with the negative image of McAuliffe, Youngkin had a net +29 point image advantage and six-point ballot advantage.

This research from Virginia provides valuable insights for campaigners heading into the 2022 midterms as they plan their paid media budgets.